Mapping from above & importing areas. 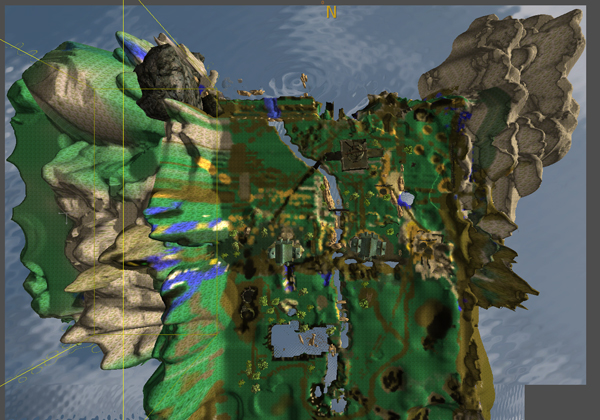 The Northern "leaf" of Shamrock Island.

Subject to tweaking, this is what the Northern ‘leaf’ of Shamrock Island looks like. It’s more or less a plateau in a sub-tropical region with prevailing Easterly winds and a lotta rain because of the mountains. 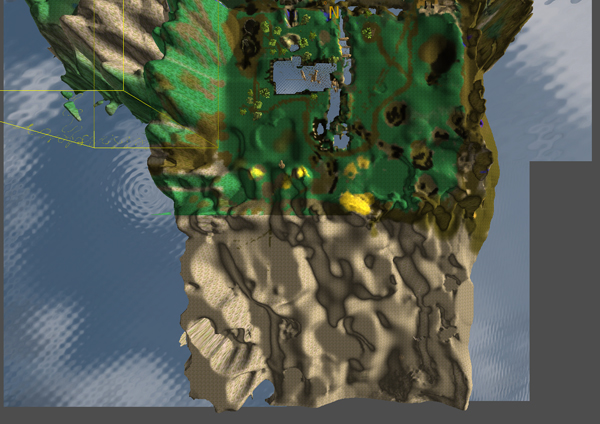 Middle section of the island (is drab so far.)

The east and west leaves will connect to the brown section below the green here. Absentia to the east. “Inhospitable desert” to the west (prevailing winds drop all their moisture in the mountains.) (Caves and tunnels full of nasties underground over there, but inhabitants aren’t supposed to know that yet.)

I also imported my first area last night. It was a lot less painful than I thought. The idea is to cut the island into 4 parts and stitch it back together “seamlessly”. —Shouldn’t be too much of a problem. 🙂  —Absentia and middle section to the east. “The Hive” to the west. “The stem” (with the port and the museum) to the south. I might even be able to put together maps from the sky for the whole island.

TaleRocker~DreamCat Creations is the heart of the Aerendel Development Team. We'll tell you about the rest of the team when and if they decide to 'go public'.
View all posts by aerendeldev →
This entry was posted in Progress, TimeLine. Bookmark the permalink.